The Church of the Word-made-flesh 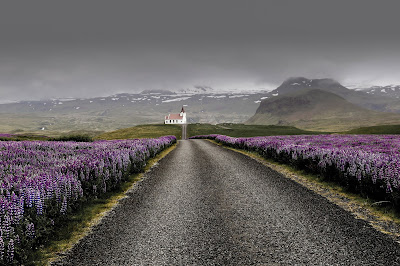 Most Christians today speak of attendance at a Sunday gathering as “going to church.” I suggest the phrase is misguided and its common use is indicative of a gross misunderstanding of the nature of the church as Jesus imagined it.

For starters, the word “church” (ekklesia) in Jesus’ day was not specifically a “Christian” or even solely a “religious” phenomenon. It could be used in reference to the synagogue as well as in reference to gatherings of various civil societies. The word, generally speaking, had to do simply with “assembling” a group of people together for a specific purpose. In that sense, any kind of  “assembly” could be called a “church.”

But the church of Jesus departed even from the first-century way of understanding the word. In the “church” that Jesus created, he was (as usual) being phenomenologically expansive with the idea compared to the way most people defined it.

Whereas each synagogue gathered people together around Scripture and the teaching of a rabbi, Jesus was a different sort of rabbi in that he claimed to be the Word-made-flesh. Thus, the synagogue he led was always on the move. It was literally embodied but, paradoxically, there was no routine physical location you could meet at during a certain day of the week at a certain time of day. It was a synagogue he could convene in any place at any time on any day of the week. Jesus’ “church” gathered wherever he happened to be at the time. Sometimes large crowds would gather by the lakeshore to hear rabbi Jesus teach and other times he’d reserve his teaching for just a few of his closest followers on a hillside or in a garden.

Thus, Jesus’ church did not extract people from the everyday stuff of life like today’s “church” does. Rather, the real world served as the context for the church Jesus established. The church that Jesus led was more like a living, holistic organism than a segregated, hierarchical organization with a special event once per week.

In that vein, Jesus’ commission to his disciples to make more disciples was intended to follow the same trajectory. Christians today translate the famous commission in Matthew 28 as “Go and make disciples” but what Jesus actually said was more like: “As you go, make disciples…” The phrasing implies that the church (those who are assembled to center themselves on Jesus) will make disciples in the course of everyday life.

Though Jesus’ followers do “gather," an indispensable aspect of Jesus’ teaching involves his “sending” of the church to be fully present to the world-as-it-is. Consequently, church in the Jesus-way is a phenomenon that is "gathered to be scattered." It’s a mystery: Jesus’ ekklesia is created through diaspora.

The Church of the Word-made-flesh

Email ThisBlogThis!Share to TwitterShare to FacebookShare to Pinterest
Labels: short meditations, the church

My book on play